Don’t Spoil The Fun Of Your Fun Run

It’s the fun run season but a lot of people forget about that and think they’re training for the Olympics. As a result, they are forced to come into our Massey physio clinic, or any of our other locations, and seek our professional services. It’s a shame because a fun run should be just that; fun! Missing it through an injury incurred even before the starter’s gun is a frustrating experience and one we’re keen to help you avoid.

Training injuries are common in any sport and among people participating at all levels. But the vast majority happen to people who are not in the best of shape when they start training and they do too much, too soon. A common scenario includes not-so-serious runners who haven’t hit the roads for a while, put on some weight as a result and not kept up their strength work. But then the fun run season comes along and they think it would be a good idea to dust off the shoes and get ready for the event. In their enthusiasm, and in an effort to make up for all those weeks of non-activity, they overdo it – and that’s when they limp into us complaining that this fun run thing isn’t much fun at all!

The problem with that scenario is that many people fail to consider their base level of fitness before they dive into a frenetic training program. They’re aware that they haven’t done much running in a while but they are NOT aware of how much their fitness has fallen away. There’s a misguided notion that there’s a store of base fitness that has been built up from previous runs but that isn’t really the case. It doesn’t take long for fitness to dissipate once you stop doing any activity on a regular basis, which is why you’re advised to gently ease back into it once you resume.

While running is great exercise it does pose a high injury risk if you are only doing it sporadically. So in preparation for your next fun run, you should gradually build up your weekly distances and then give yourself a recovery week once a month by reducing the training load to about 60% of your previous week. This gives your body the time it needs to readjust to your renewed training and will be gentler on your rusty limbs, muscles, and joints as well. If you work out a training programme that looks daunting, especially at the beginning, then it probably is. Lower your expectations and follow a training regime that you are comfortable with – it won’t take long before your mind and body are ready to increase the pace. We don’t want you to require our physiotherapy services before the fun run even begins so take it slow and steady and remember that you’re training for a fun run and not the Olympics, so there’s no need to go too hard, too soon!

Here at Physio Connect, everything that we do is built off the belief that all New Zealanders should have equal access to expert, specialised musculoskeletal services that utilise the latest clinical evidence and treatment protocols. 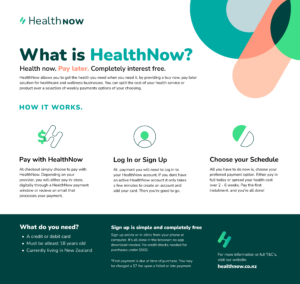